I've flown over the Atlantic, across the country, sat in hospitals for hours, was in labor for 30+ hours before an emergency C-section... none of that was as long as this day in that year.

It was a Saturday and we had been promised that our loved ones would be back from Iraq that night. They'd left in March. Since saying goodbye to my husband in mid-March, I'd graduated from Yale, driven across the country with my youngest brother, started my internship, and wandered around our house alone. I'd thought through every activity I picked up... would it be something I wanted to do when I was no longer living the single life.

By 5:30 pm on Saturday, I'd cleaned the house to a degree it has never seen since. I baked chocolate chip cookies. I'd been to the store 3 times. I'd shaved all that was reasonable to shave. I washed the towels. I called a couple other wives 2-3 times... apiece. 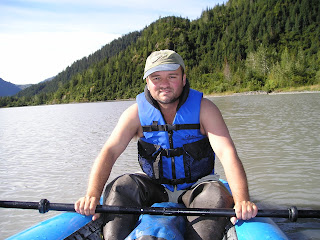 I listened to Queen's "Somebody to Love" on repeat out of my laptop for hours- dancing, singing, crying.

Finally at 10, another woman and I agreed to meet at midnight and drive onto the post- no matter what the latest update said. We met at the exit by the dump and convoyed onto the base. We waited in a large assembly room: bleary-eyed children, emotional parents, stoically exhausted spouses. It was 1 am. Then 1:30.

Finally we heard that the plane landed on the Air Force base, so they had to bus everyone over to the Army post. The rumor was that my husband was in charge of the battalion for this part of their trip. All eyes on me, I offered assurances that he was not prone to speechifying.

Finally... finally... finally, the bus was outside. We cleared the doors. A line of people marched in and made formation in the middle of the room. My husband watched them line up, saluted, and dismissed them.

So much chaos. I could see him looking around for me. I know exactly what I was wearing and I can feel the pull of boots against my calves as I recall darting through the swirl of moving bodies to reach him. I don't know if we spoke, but I know that we didn't stop holding hands for a long, long time.

In those minutes, the anticipated grief of deployment, the wrench of being separated, the timidity of trying to figure out life together all lifted for a minute. The longest day was over and that was all that mattered.
Posted by Pastor Julia at 12:27 AM

The emotion is there in every word
Thank you

Oh my. Bless you.