In the Time to Come 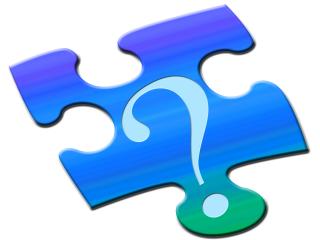 Some Sadducees, who deny that there’s a resurrection, came to Jesus and asked,  “Teacher, Moses wrote for us that if a man’s brother dies leaving a widow but no children, the brother must marry the widow and raise up children for his brother.  Now there were seven brothers. The first man married a woman and then died childless.  The second  and then the third brother married her. Eventually all seven married her, and they all died without leaving any children. Finally, the woman died too.  In the resurrection, whose wife will she be? All seven were married to her.”
Jesus said to them, “People who belong to this age marry and are given in marriage.  But those who are considered worthy to participate in that age, that is, in the age of the resurrection from the dead, won’t marry nor will they be given in marriage.  They can no longer die, because they are like angels and are God’s children since they share in the resurrection.  Even Moses demonstrated that the dead are raised—in the passage about the burning bush, when he speaks of the Lord as the God of Abraham, the God of Isaac, and the God of Jacob.  He isn’t the God of the dead but of the living. To him they are all alive.”

The first thing that comes to mind when I read this passage is the phrase, "Be careful that you're not so obsessed with heaven that you become no earthly good."

The first significant point to understand here is that the Sadducees, as a religious group, valued the Torah or the five books of Moses (Genesis through Deuteronomy) as the only valid scriptural resources. They rejected the oral tradition, which other Jews embraced, and they also did not count the words of the prophets as having religious authority. Since the Torah itself does not discuss the idea of resurrection or any life beyond this life, the Sadducees rejected that idea as possible.

When people are not willing to consider a new idea, they tend to try to reduce that idea to its most absurd conclusion. There's even a name for this kind of argument: reductio ad absurdum. You have likely seen this kind of thing when you may be having a discussion with someone about a given principle and either one of you makes a a big leap, off a slippery slope, to a conclusion that isn't actually relevant to the conversation. I see this most often in confirmation students, youth group members, and people outside the church who think they are the first person to find a flaw in the argument for the existence of God. Thus, they present me with the question- if God can do anything, can God make a rock that's too big for God to lift? Ninety thousand dollars of theological education means being willing to deal with that question repeatedly for years.

Thus, the Sadducees are presenting Jesus with a rock question of their own. In the ancient Near East principle of levirate marriage, if a man died without children, his brother was to act as a husband to his widow. The children created in through the brother would be known to carry the name and heritage of the first man. In a life without an understanding of resurrection, having one's name carried forward and remembered by the living was the only way of existing beyond one's death.

Jesus' first response is to explain that no one will belong to anyone else in the next life. For those who are inheritors of the kingdom of heaven, their way of being will be redefined according to God's economy of justice and mercy, not in accordance with how things have worked on earth.

Secondly, Jesus says, when we are alive in and with God in the world to come, we are alive in a way we have always been. When God speaks to Moses through the burning bush, God does not say, "I was the God of Abraham, Isaac, and Jacob." God says, "I am... I am the God of Abraham, Isaac, and Jacob." Even though Moses is many, many generations removed from the patriarchs, they are not dead to God, but still alive to the One who made and loves them. Just because we do not understand how this can be so does not make it untrue. What's true is true, regardless of our belief or understanding.

Those listening to Jesus, especially the Sadducees, would have been familiar with the characters of stories of Abraham, Isaac, and Jacob beyond the patriarchs. The God of the patriarchs is also the God of Sarah, Hagar, Keturah, Rebekah, Leah, Rachel, Bilhah, and Zilpah. These women are also alive in God. Given the complexities of some of those relationships, my sanctified imagination sees Jesus raising his eyebrow at the Sadducees, daring them to posit how they believe those relationships would look in their reductio ad absurdum discussion of the afterlife.

Jesus' main point, then, is that people in this life and people who are in the next are both alive to God. The way we make connections here does not determine the shape of our relationships in the life of the world to come. Being alive in God makes all things new and gives higher, broader, and deeper meaning than we can begin to imagine or comprehend.

Being alive in God gives specific shape to our life of faith and our life in community now. Jesus is making a subtle attempt to upend the Sadducees' understanding of relationship. What does it do to a woman to be widowed seven times, have no children (and therefore no social capital), and be thought of as property- neither belonging to God nor to herself? What does it do to community to have an expectation that marriage can only look and function in one way? How is keeping God's laws to the letter helpful if it crushes the spirits of those who are alive and beloved to God?

Jesus sees the Sadducees' questions and raises his own points, silencing their arguments. The scribes tell Jesus that he has spoken well and the Sadducees do not appear again in Luke's gospel account.

So it is for us as we think of our saints and of heaven. Just because we do not fully understand it does not mean the reality of the life of the world to come is not true. And efforts to explain and clarify heaven take time and energy away from the life of faith we are called to here and now.

I was recently asked what I think heaven is like and I replied, "I don't. I don't think about heaven. I believe in it, but heaven is not my job. I'm not in charge of getting people in, room assignments, or landscaping. I am charged with faithful living and teaching in this life and repair of the world for Christ's sake in the here and now. Heaven belongs to God and is God's job, not mine."

How do we go out today- glorifying God, modeling Jesus Christ, and sharing his love? We celebrate that we are alive in God, as are the ones who have gone before us. We take questions seriously, but do not get sucked into ridiculous debates. And we believe and teach what God says is true about welcoming others, being generous, and trusting in grace. Then we will find resurrection truth, not only on Easter Sunday, but on all the days of this life and into the life of the world to come.

Amen.
Posted by Pastor Julia at 8:40 AM No comments: