The first was brought to my attention by the professor and Biblical scholar, the Reverend Doctor Wil Gafney (to whose work I commend you). Dr. Gafney noted on Facebook that, regardless of one's actual race, if a person indicates interest or support in issues, authors, or topics at all related to Black Lives Matter, the Root, or any other item that indicates interest in being an accomplice to equality... Facebook assumes that person is African-American.

At her urging, I checked and, sure enough, Facebook's #1 categorization of me is African American. While I would happily claim this designation if I could, it's not even close to correct. Ironically, despite the fact that I belong to multiple Jewish groups and an equal number of knitting groups, Facebook is more certain that I am black than it is regarding anything else about me. (Let's not mention the number of clergy groups to which I belong.)

This means that Facebook ad bots assume that any interest in black issues, race equity, or social justice must automatically be correlated with BEING black. There is no positive correlation, in the algorithm for non-black people supporting these issues.

Then, today, I saw my first ads for A Wrinkle in Time. I'm excited about this movie because I have loved the book for years. Meg Murry is a hero of mine and she doesn't get mentioned on enough girl hero lists (in my opinion). Ava Duvernay is directing. Excellent. I am a huge fan, among many, of her work.

The trailer revealed that Meg is played by Storm Reid. Her mom, Dr. Kate Murry, is played by Gugu Mbatha. Her dad is played by... Chris Pine. Furthermore, the movie poster looks like this: >>>>>>>>>>>>

Now I last read the book 3-4 years ago, but a central plot point is that the dad is MISSING. He's not actually a central character. In fact, his absence is central to the story. So WHY IS THE WHITE GUY IN THE MIDDLE OF THE POSTER??? Why not the inquisitive, brave, tempestuous Meg? Seriously? I don't know why the whole family couldn't be people of color. And I don't know why Chris Pine has to be in the center of the picture.

Except that I do know why.

The world still presumes that if you aren't catering to the money (ego) of white men, then failure is assured. There is little to no acceptance of the fact that women, people of color, and everyone else in the world (who are not white men) have money to spend and are begging to be catered to. Do we need Chris Pine so that this movie will make money? Without his melanin-deficient appearance, will white men fail to see this movie? Will white women? (Actually, I don't want to know the true answer to that last question because I will likely throw my computer across the room. Which indicates that I do know the true answer. And I am pissed about it.)

We can do better.

But what will it take?

Posted by Pastor Julia at 12:27 AM No comments: 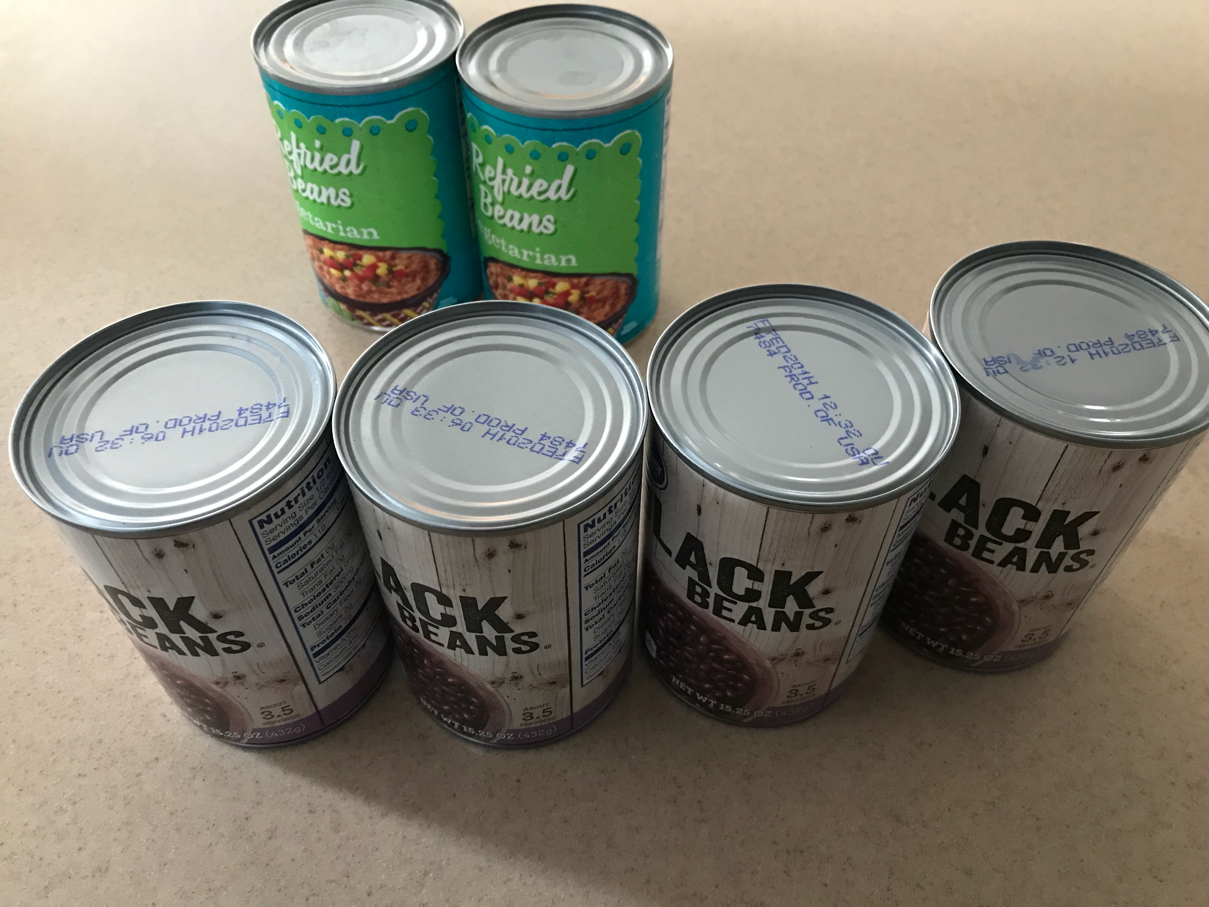 I realize these six cans don’t look like much, but they represent a big deal to me. I made dinner for a group tonight and I wasn’t entirely sure how many people were coming. I have a tendency to overestimate and overprepare, ending up with way more food than necessary.

I have come to realize, though, that cooking too much is my attempt to control a situation. I want everyone to enjoy themselves and for the event to be perfect. This isn’t actually mine to control. Having too much food doesn’t guaratee a good time. It’s just a lot of food.

No one who was coming would likely be in danger of starving. And if someone came who I knew needed more food, I could help with that in a different way.Furthermore, having a good time is up to each person. I am not the guarantor of other people’s good times. (#truth)

So, four cans of black beans and two cans of vegetarian refried beans represent not only my desire to be a good hostess, but also my willingness to let go of the outcome. If we run out of beans, it will be okay. Fun can still be had.

Who knew six cans of beans could mean so much?
Posted by Pastor Julia at 12:18 AM No comments: