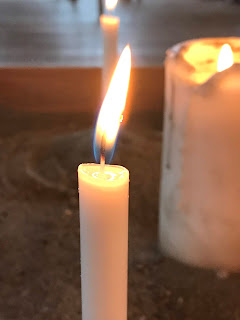 This is my favorite chapter in Revelation. There are verses in chapter 21 that I enjoy singly, but the wholeness of this chapter brings a particular kind of hope to my spirit and is food for my faith. In my opinion, I believe this chapter- along with Romans 9-11- is a particular antidote to the anti-Semitism and anti-Jewish thought that has long pervaded Christian teaching and action.

The specific numbers of the first half of the chapter clearly indicate John’s understanding that God has always intended to include Jewish people, as Jews, in the making of all things new. In the life of the world to come, these people- God’s first beloveds- will be present because of God’s promise to them and God’s own fidelity. There is no sleight of Divine hand to make them something other than exactly who they are, who they have been, and who God has made them to be.

The roundness of the tribal numbers is meant to create a visual of complete inclusiveness of generations, not to be a prescription for exactly how many people will be acceptable from each branch of Jacob’s house. This broad, but defined inclusion contrasts with the second half of the chapter, which widens the focus.

Beyond the Jews, there is a great multitude of people- an uncountable number. Not only is this a vast number of people, but they also cannot be identified by standard racial, social, or religious markings. They are from so many places and backgrounds that John cannot determine why they are there or who they are.

The elder explains that these are all the people who withstood tribulation. When the empire demanded false worship, when they were challenged with threats of war, poverty, and death, when they were tempted to be passive or lukewarm, they resisted. They overcame. These are the ones who were active- they washed their robes, meaning they made the choices and took the steps that revealed a life of Christ-like and Christ-approved actions. None of the great multitude is present around the throne because of intellectual assent to theological precepts. They are there because they followed the Way of the Lamb, whether or not they knew it. And, now, they will suffer no more.

Potential Takeaway: “Christianity is a lifestyle—a way of being in the world that is simple, non-violent, shared, and loving. However, we made it into an established “religion” (and all that goes with that) and avoided the lifestyle change itself. One could be warlike, greedy, racist, selfish, and vain in most of Christian history, and still believe that Jesus is one’s “personal Lord and Savior” or continue to receive Sacraments in good standing. The world has no time for such silliness anymore. The suffering on Earth is too great.”–  Fr. Richard Rohr, OFM

Holy and life-giving God, I am overwhelmed at your inclusiveness. You keep your promises from age to age, generation to generation. Your grace pours out and the Holy Spirit still brings in more and more people. Guide me in the Way of Christ, that I too may be found to have washed my robe in His blood, walked my steps in His way, and lived my days by imitating Him. Amen.