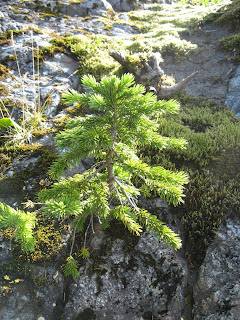 I can see from my blog stats that as the Revelation readings get more complicated, the number of daily readers has begun to drop off. Of course, that could also be related to the fact that it is a very full time of year and, in the northern hemisphere, it is darker for more of the day. Darkness itself is a time of rest and renewal, not an absence of light but an opportunity to perceive light in a different way. Part of my love of reading Revelation is that it is of a piece of the life-long work of trying to perceive light in different ways.

In chapter 6, we read about the opening of the seven seals. The seals will have parallels in the seven trumpets and the seven bowls. In terms of scriptural numerology, seven often appears to represent completeness. The original creation was described as happening in seven days and the making of all things new, a recreation, receives a kind mirror treatment.

As the seals are opened, we see the “four horsemen of the apocalypse” as they are often called. Interestingly, if we look closely at the images, the horsemen don’t necessarily come as a set of four, but instead as one and three. Christ is associated with the color white in Revelation. Use of the verb “conquer” is also almost always associated with those who persevere in faith. Therefore, the first horseman- the rider on the white horse- seems to be a metaphor for the gospel or the Spirit or even the Living Word, Christ’s own self, going into the world.

The riders that follow are war and violence (red horse), economic disaster and poverty (black horse), and death (pale horse). The implication could be that these follow behind the spread of the gospel, attempting to subvert its good work and to upend trust in the promises of Christ. The additional seals reveal the faithful who continue to pray and worship in the midst of the chaos, as well as the fear and cowardice of powers and principalities of the world as it was.

Trying to draw specifics out of this chapter is like trying to find the hidden image in a Magic Eye picture or a stereogram. Some people can do it, but most people can’t and it is only frustrating to try. In fact, I would tend to be suspicious of anyone who says they know how and when these things will happen since Jesus himself specifically indicates that no one knows except the Father (Matthew 24:36).

Potential takeaways: Occam’s Razor is a philosophical principle which states that the answer that requires the least speculation is usually correct. The famous example is usually that if you hear hoofbeats, think horse before you think zebra. The Occam’s Razor of the human condition is that war, famine, and death are usually the result of world leaders and economic machines wanting power and control. To look at these things and to try to parse them for indications of matching John’s revelation is to hear hoofbeats and think, “Oh, boy! Zebras!” The purpose of apocalyptic literature is to stir our imagination. John’s purpose in using the genre is to stir our imagination and use that energy to drive us into proper worship in community and faithful discipleship in daily life.

Holy God, when the activities of the world overwhelm me, I ask that You would guide my thoughts and concerns to a place of rest in You. Grant me the will and the ability to live a faithful life, in the midst of turmoil, and to resist being overcome by the forces that oppose Your true will for wholeness and restoration. In Christ’s name, Amen.
Posted by Pastor Julia at 10:39 PM