Repost: 10 Things to Know about Hell 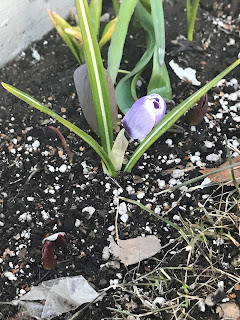 I wrote and posted this originally in 2015, but I recently dusted it off and updated it to preach to a group of clergy colleagues. It's one of those sermons that is truly written for oral delivery with asides, facial expressions, and gestures, but it's still good in the reading.
_________________


The Top 10 Things to Know about Hell

10. About 99% of the images in your head of hell- the red demon with a pointed tail, the levels of suffering, the pit of fire, the presence of those who never knew Christ, the darkness, AND the eternal wailing and torment (plus the image of Judas in hell)- are all from Dante’s The Divine Comedy (or The Inferno). His writing was a piece of political literature that condemned powers of his day that he didn’t like. It also was Dante’s way of confirming himself as a poet for the ages by using the poet Virgil, who lived and died before Jesus, as his guide. Additionally, Dante’s work was a distillation of Greek and Roman mythology, some alleged gospels from the second, third, and fourth centuries, and one other work that had serious influence in Dante’s lifetime. The majority of the artwork about hell is not from Biblical interpretation, but is based on The Inferno- which takes very little from actual Holy Scripture.

9. What was the influential work that circulated in Dante’s life? It was a work that had been translated into Latin and was very popular in upper class Italian household in the thirteenth century. Even if Dante hadn’t read this work, he would have been familiar with its descriptions of a fiery hell, divided into seven levels, and particularly populated by people who did not believe in God. What was this book? The Koran.

8. Isaiah 14, when it mentions Lucifer, is not talking about Satan. It is a prophetic statement against the then present-day Babylonian leader who brought suffering upon God’s people. The punishment for the shining leader would be an ignoble death and then to be completely forgotten. The prophecy also turned about to be prediction as no one is quite sure to which king this passage refers. Dante, as well as John Milton in Paradise Lost, expounded upon medieval Christian ideas of the ruler of the underworld being an eternal force that opposed God and was cast down. What force, anywhere, would have the temerity to attempt to oppose an eternal God? God has no eternal counterparts. Only God, as the Holy Parent, Holy Word, and Holy Spirit, exists outside of time.

7. The four horsemen in Revelation are not signs of the apocalypse. Apocalypse means disclosure. The four horsemen, as the images in Revelation 6 are called, are signs of apocalyptic literature. They help readers to know that they are dealing with a story that seems to be about the future, but is really dealing with present realities. The four horses and their riders are the gospel, war, poverty, and death. These things struggle, but one will triumph. (Hint: it won’t be war, poverty, or death.) Those who are believers or who wish to be believers must remember to place their trust in what is truly permanent and act accordingly.

6. In the Hebrew Scriptures, the dead are dead. Period. Sheol is a place where the dead may be gathered and perhaps they are shades, or shadows of their former selves in that place. Ancient Israelites did not engage in ancestor worship, unlike most of the other regional religions of the time. Furthermore, an attempt to contact the dead (as Saul did when he used a fortuneteller to contact Samuel) is a sign of failure to trust in God as the one who holds the future and in whom one should place all confidence. Sheol is sometimes perceived to be a pit where one might descend spiritually- like the psalmist or the prophets Jonah or Jeremiah. Yet the fear is of being forgotten and God does not forget God’s children. Even in the deepest depths, God still knows the intimacies of creation.

5. Satan is an adversary in the Hebrew Scripture, but not an eternal being. When Satan’s name is used in the New Testament, it is either a pseudonym for powers and principalities or how the presence of evil, within one’s own heart or outside of one’s self, is named. When contemporary religionists empower the name of the enemy by attributing works to Satan or giving Satan characteristics that are not biblical, they are engaged in a form of idolatry. Idolatry is not only worshipping the wrong god. It is also idolatrous to be afraid of the wrong power. The idea that there is a force equal to God with evil intent and the power to lure us into eternal separation and that we would be motivated by the fear of that being… Nope. That is not the essence of the Gospel, which is about the good news of the life, death, and resurrection of Jesus the Christ.

4. When Jesus talks about hell and says, “hell”, he is referring to an actual geographical location outside of Jerusalem. There, outside the city, was a horrible trash pit that burned constantly. The place was called Gehenna and it is the word that we have translated in the gospels as “hell”. Gehenna had once been the site of child sacrifices, the very sacrifices that were forbidden to Jews, but were practiced by other religions to appease their gods. It eventually became the place of the very worst trash and it was where Roman soldiers would dump the bodies of people who were crucified. It was this horrible place- a place of ignominy, terror, and avoidance- that Jesus urged people to avoid by encouraging them to care for one another, to tend to the sick and the dying, and to practice a radical kind of welcome. The Way of Christ would have meant being a community that saved one another, and the outcasts of society, from being burned with trash and forgotten.

3. In the fundamentalist Christianity in which I grew up, I understood the following: “Baptism, praying in the name of Jesus, and the King James Version of the Bible are all magical talismans against suffering in hell. Not drinking, dancing, swearing, or getting caught wanting to are also important.”

If “I will draw all people to myself” (John 12) AND “Nothing can separate us from the love of God” (Romans 8) and “I have seen the Lord” (John 20) are true, then which of God’s children will be cast into an eternal separation from the presence of grace? We are not all traveling up the same mountain. We are not all feeling different parts of the same elephant. But if God is God AND God is love AND God has been revealed in the person of Jesus AND the Spirit intercedes for us in a variety of ways, then we cannot confidently make predictions about anything that comes after what we know, except to say, “God will still be God and, therefore, in charge.” Is it in keeping with how God has revealed the Divine character to the world to punish people for an infinite amount of time for bad decisions made during a finite period of time?

2. He descended to the dead. Everything from Acts to 1 Peter to the Gospel of Nicodemus to The Inferno written about Holy Saturday- the day between Good Friday (when Jesus was crucified) and Easter (when he was known to be raised from the dead)- everything written about this is an attempt to answer the question, “Where the hell was he?” Truth: no one knows. We are comforted by the idea that Jesus took the message of his triumph over death to the spirits of those who had died and brought them (or those who believed) to heaven. It makes great artwork. We don’t know. Theologian Yvette Flunder says, “Religion is violent because we insist on making the uncertain certain.”  Trying to create a definite answer for what happens on Holy Saturday is, essentially, an attempt to nail Jesus down. Again. So that we don’t have to live with a little mystery.

1. Hell is not a geographical location. It may be a spiritual location. Hell, if it is anything, is a perception of the absence of God. A perception that is patently false, but that appears when our own experiences, ideas, certainties, or doubts attempt to make gods of themselves through confidence or through fear. That perception is transformed through our acceptance, with Christ’s help, of the height and depth and breadth of grace. People need hell to exist as a reality because they don’t trust that there’s enough of God’s love, grace, or mercy to go around. If there’s not, they want to be sure they’re on the receiving end of it.

When we open ourselves to the hopeful truth that God’s grace overflows- in terms of time, space, context, materiality, and spiritual revelation- we then become more rooted in the joy of our salvation and the good news of freedom in Christ. Rejecting hell as something that must exist removes the scales from our eyes so that we can see how the kingdom of God is at hand.

Living faithfully, through God’s grace, means separating what we have ingested culturally through literature, art, theater, movies, and television and actually examining the written Word and the revelation that can come from tradition, reason, and experience. We reflect on those things in community and with the help of the Holy Spirit. Anything else leads us away from the grace that is amazing, transformative, salvific, and eternal. What can be said about anything that leads us away from the fear, love, and trust of God?  Resurrection grace says, “To hell with that.”