Starring The Good Shepherd and Me (Sermon) 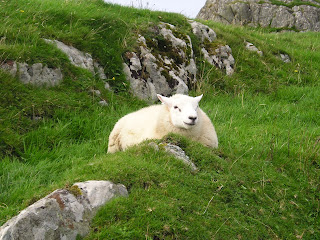 I like to read. While I love books- the real physical nature of books, I actually love the act of reading more than the thing to be read. I do realize that and I do appreciate that not everyone likes to read. Some people prefer movies or audio books or graphic novels or magazines. (I am a terrible magazine reader, same for short stories.)

The elements that make these things good or enjoyable or engaging are the same across the genres. Even in non-fiction (book or movie), engaging characters, good storytelling, and captivating stakes are necessary. Books about salt, documentaries about wheat, comics about the Holocaust, and movies about fly-fishing have all been blockbusters in their area.

Character and plot are like the chicken and the egg. I heard someone say plot is character in action. This means that interesting people doing something un-engaging isn’t any better than nondescript characters doing something thrilling. Whether a story is told in a book or in a movie, the person who is interacting with the story needs a way to be drawn in, to learn about what is happening, and to see the characters in relation to one another or to their surroundings.

Today’s readings tell a story about us. Since the fourth Sunday after Easter has been designated “Good Shepherd Sunday”, each year we read a portion of the 10thchapter of the gospel according to John and Psalm 23. John 10 focuses on Jesus describing himself as a gate or a door, a sheepfold or pen, and as the eponymous Good Shepherd. In Chapter 9, he healed a man who had been blind from birth and now he is speaking about himself, to the disciples, so that they might also be moved to sight. In this context, “seeing” means trusting in Jesus as God.

When the writer of the Fourth Gospel calls Jesus the Good Shepherd, he is stirring up particular imagery for his community. The prophet Ezekiel speaks significantly of God’s provision of a good shepherd for the people whom God loves. Shepherding is significantly connected with David and his lineage, since he was a shepherd in his pre-king days. Psalm 23, generally attributed to David, creates a picture of God’s own self as a shepherd- providing, protecting, leading, and comforting.

When the gospel writer put words to skin and scroll, it was not merely so that people would have intellectual knowledge about the Incarnation- God with skin on (otherwise known as Jesus). The Evangelist is writing a story, creating a narrative, and the people who receive the gospel story are characters within it. It is as though the author makes takes the facts, shapes the account, and then says, “Who are you in this story?”

If your life was a book or a movie, a comic or a magazine article, what is the role of the Good Shepherd in that story? How we define and relate to Christ as Christians, as followers on the Way of Jesus, as children of a living God who has raised One among us from the dead… how we define Jesus gives shape, dimension, and direction to our own lives and to our life of discipleship together.

We are called, through our baptisms, Holy Communion, and the Spirit, into a story where the Good Shepherd is a main character. If someone were reviewing the book or movie of your life, what kind of role would the Good Shepherd have?

- Co-star (always together, it’s practically a buddy movie)
- Best supporting role (at the end of each chapter, she reflected on the words of the Good Shepherd)
- Bit part (Ah, yes, the Good Shepherd had a walk-on role in that one intense scene)
- Producer credit or dedication page without further mention?

If who Jesus is for us, as individuals and as a community, determines who we are, what we do, and how we seek to be in the world, what does it mean then to define him as the Good Shepherd? He defines himself as one who reveals the true will and love of God, as one who draws all people to himself, as one who lives and dies for the sake of the sheep. If this inclusive, inviting, compassionate, life-giving Jesus is whom we follow, trust, and meet in the world- our lives, our daily story, should reflect that.

A life story that features a good shepherd as a main character, a significant dynamic presence to the plot and the framing, with not be filled with hollow words. Hollow words are empty promises, perfunctory prayers, or dismissive platitudes. A biographical film with a good shepherd will not allow the action to be stopped by the specters of shame, fear, or guilt. Those are poor fodder and the good shepherd lays a table in front of those enemies, a table of grace and healing, and tells those forces, “You don’t eat here and you have no role in this story.”

When the Good Shepherd has a significant role in the life story of a character (you or me) or a community (us), love in truth and action pour forth as a plotline that pulls in all kinds of other players- the kinds of people you might not always expect to see singing or gardening or feeding or eating or playing together, but are suddenly side-by-side in a new chapter. When the Good Shepherd is the story, the dark valleys of death and grief are passable, even in their fearsomeness. When the Good Shepherd has a leading role in a narrative, the realities of goodness and mercy not only follow other characters, but they chase them down, surround them, and grace abounds.

We have been brought into such a story, not by our own will, but by God’s desire to draw us in, to draw all people in, through Jesus. When we respond to this narrative, this story of grace and hope, we are not only clarifying our own role in our life story- as one who is on the Way of Jesus- but we are also shaping the world around us by reflecting in truth and action who Jesus is in our lives. When our deeds- small and large- underscore that the Good Shepherd is the main character in our life story, we reveal a peace and confidence in the plot line of our lives. If character drives plot and the Good Shepherd is the main character in our lives, then we know the actions to which we are called, imitating said shepherd through inclusion, mercy, provision, and safety of other sheep from all kinds of folds. We also know how the story ends- with our dwelling in the house of the Lord forever.