There’s a scene in the musical Jesus Christ Superstar that sticks with me more than it seems to do with others. It is the set-up for the Last Supper, but- of course- the disciples don’t know that. They’re eating and drinking together, reminiscing about what they thought being an apostle would entail. Harmonizing, they sing, “Always hoped that I’d be an apostle/Knew that I would make it if I tried/Then when we retire, we can write the gospel/So they’ll all talk about us when we die.” (Ah, yes, apostles- a gospel message should always leave people talking about the writer. This tells us that they still didn’t understand what Jesus was about.) 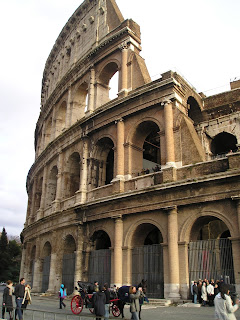 When we, the present disciples and apostles, examine our forbearers in following Jesus, we have information they did not have. In the depiction in Jesus Christ Superstar, as well as the depictions in some of the gospel accounts, Peter, James, John, and their brothers in faith continued to expect that Jesus would turn out to be the Messiah of their dreams.

Yet, Jesus doesn’t deliver in the way that they’d expected or hoped. He brings a world-changing power, but the unfairness of grace and the irresistibility of God’s mercy to all who hear of it was just not what the apostles were prepared to accept. When you combine these realities with Jesus explaining that he was going to die- in one of the most shameful ways possible- who can blame Peter when he blurts out, “Jesus, you quit talking like that!”

It’s too much for Peter. In this framework, Peter is an excellent example of Stage 2 faith (a continuation of our sermon series). People move from Stage One to Stage Two when they begin to seek and find acceptance, teaching, and identity beyond their immediate family group. Larger group identification begins to matter- by way of school, sports, language, gender expression, social activities, and other ways people group themselves. In this stage, called in psychological terms: “mythic-literal faith”, a person learns the stories of their group, without much larger meaning, and accepts them as the facts of the tribe. It is in this stage that exposure to ideas about inclusion, varieties of experience, and differences as being useful matter. Children at this stage, usually ages 7-12, are predisposed to accept information from (to them) trustworthy sources as absolute. Anyone who has seen 8-years-old arguing about whose family does something the “right” way can understand this.

Thus, we find dear Peter illustrating Stage 2 faith, where adults can be stuck. He has unlocked the discipleship level- finding a trusted leader, feeling included in a group, and arming himself with a sense of rightness and righteousness in recognizing Jesus as the Messiah, God’s anointed. Now, Jesus’ disclosure of how he will die is threatening Peter’s security. How will Peter respond?

If he stays with Jesus, he is gradually learning that it might not be the kind of glory that he imagined for himself. There will be no triumphant parades, no special robes, no Romans fighting to curry favor with him. He’s not likely to get rich or, apparently, even to die old. Following Jesus will mean moving beyond retiring to write the gospel and seeking responsibilities and opportunities to witness to the good news of Jesus.

What do we do, when the narrative that we learned as children or even as young adults no longer fits? What do we do when retiring to write the gospel, so that we might be talked about is not the stewardship or the life of seeking justice or the evangelism to which we are called? A person in this congregation, when speaking to me about the issue of racism, once told me that the hardest thing to wrestle with is doing something differently than your mother did it and recognizing that she, your beloved mother, might have been wrong.

That is the crossroads of growing in faithful action. Being willing to learn, to know better, and to do better, to paraphrase the poet Maya Angelou. Peter is standing in a place where he is faced with real truth. He can embrace it, following Jesus, or he can deny what he has experienced, close himself to what he’s seen and heard, and live a half life, always wondering in the back of his mind, “What if?”

Nearly all of us find ourselves in a world we didn’t imagine as children or even a decade ago. Overwhelmed by more information than we can process, we retreat to our tribes of comfort and little challenge. Our biological or logical families, our known television channels or websites, our favorite artists, writers and musicians, our own denominations- even as the world has increased in diversity, we are more tribal than ever, distrusting the ones who are outside our group.

Therein lies the challenge of taking up the cross. In order to carry the cross and all that it symbolizes- self- sacrifice, love, and forgiveness- we have to put down what we hold close to keep ourselves safe. Those false security blankets create more division than unity. What are you willing to put down in order to take up the cross?

When I listen to how people talk about God the Father or God the Son in certain ways, I seem to learn more about the person talking than about God. Divine violence seems to justify human violence. Divine exclusion begets human exclusion. Divine hardness of heart creates some of the most closed communities ever. Even in supposedly broad-minded circles, people can be edged out if they are not quite as free as the community seems to demand.

What if we take up the cross of Divine forgiveness, of holy listening, of Spirit-driven patience, of Jesus’ welcome of the outcasts, of celebrating diversity in all its forms? “Always hoped that I’d be an apostle…” The difference between disciples and apostles is in the roots of the words. Apostle comes from a root meaning “to send out” or the ones who are sent. Disciple comes from the roots for student or pupil, a learner. It is said about Jesus’ followers in the Bible that all apostles were disciples, but not all disciples were apostles.
When we stop at Stage Two in our faith development, we continue to cycle through being a disciple. God’s call to us, though, is to grow into being apostles- sent out to share hope, love, and grace with all whom we encounter. We have the benefit of knowing more than Peter does in this story. We read it, knowing about the resurrection, knowing about the joy of the early church, knowing that the Holy Spirit hasn’t quit working. And we also know that Peter was ultimately martyred for his faithfulness to Jesus, but not without having overseen the spread of the gospel that he grew to trust and comprehend.

How could the song be different? “Always hoped that I’d be an apostle/ Trusting God is right here by my side. Each new day's a chance here to share Christ's gospel/ There is more to his life than how he died.”
Posted by Pastor Julia at 2:20 PM