In Damascus there was a certain disciple named Ananias. The Lord spoke to him in a vision, “Ananias!”He answered, “Yes, Lord.”The Lord instructed him, “Go to Judas’ house on Straight Street and ask for a man from Tarsus named Saul. He is praying. In a vision he has seen a man named Ananias enter and put his hands on him to restore his sight.”Ananias countered, “Lord, I have heard many reports about this man. People say he has done horrible things to your holy people in Jerusalem.  He’s here with authority from the chief priests to arrest everyone who calls on your name.”The Lord replied, “Go! This man is the agent I have chosen to carry my name before Gentiles, kings, and Israelites.  I will show him how much he must suffer for the sake of my name.”Ananias went to the house. He placed his hands on Saul and said, “Brother Saul, the Lord sent me—Jesus, who appeared to you on the way as you were coming here. He sent me so that you could see again and be filled with the Holy Spirit.” Instantly, flakes fell from Saul’s eyes and he could see again. He got up and was baptized. After eating, he regained his strength.He stayed with the disciples in Damascus for several days. - Acts 9:10-19 (Common English Bible) 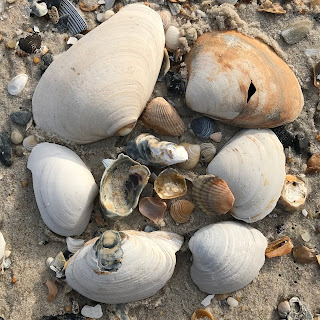 If your experience of Christianity is anything like mine, then you have likely been taught to think about Saul/Paul as the follower of Jesus with the ultimate conversion story. Even if you've been led to understand that he remained Jewish (in ethnic practices), his faith in Christ and Christ's salvific purposes gave his life a very specific direction following Saul's experience on the road to Damascus (Acts 9).
I've always accepted this. Over the years, I've thought about this story to discuss the significance of other vocations, since Paul wasn't making his own clothes or planting and tending crops. While he matters for the spread of the gospel, the work of other believers' daily lives also made that evangelism possible.
Lately, however, I have been rethinking that story. Is Saul's change of heart really the greatest change in Acts 9? Is the Road to Damascus experience really the conversions experience to which all new Christians (or all Christians period) are meant to aspire?
As I look at the chapter afresh, I am struck by what is required of Ananias. He believes in Jesus, but now Jesus asks him to welcome a man into his home. This man was known to Ananais to be a threat to his family, his friends, and himself. This man has harmed or witnessed the killing of people whom Ananais knew, maybe loved. Prior to Jesus' request, at best Ananais would have crossed to the other side of the market if he saw Saul, if not actually hide away until Saul left town.
Now, Jesus is expecting something of Ananais for Saul. Ananias does not want to do it. He would like to say no. He tries to explain to Jesus what's happening. Jesus doesn't change his tune.
So Ananias must experience his own conversion, his own continued growth in faith, a further step in sanctification, a greater yielding to the Holy Spirit. He must prepare to welcome Saul into his home and he's going to have to tell other people that he's doing it.
It's not like he's going to be able to keep Saul a secret. It seems likely that Ananias has some kind of household. How will they respond to his revelation: "Jesus told me we need to bring that guy we were all just panicking about into the house."
If conversion represents a change of heart, a change of behavior, a change of attitude, an application of ethics in the midst of stress and strain, then Ananias is the conversion story we should have been paying attention to all along.
Most Christians, especially life-long Christians, have very little to do with Saul of Tarsus, but we have a lot in common with Ananias. Instead of assuming or expecting a road to Damascus experience, we are called to be on the look out for a stranger in Damascus experience. And we are meant to be the ones to welcome that stranger for Christ's own sake.
We are meant to open our homes to someone whose life experience is not like ours.
We are meant to show hospitality to someone whose history is frightening to us.
We are meant to welcome the one who differs from us greatly and yet whom Christ loves and for whom Christ died.
I am not saying that we are meant to knowingly endanger ourselves or our families, but we are meant to take some risks for the sake of the gospel. We are meant to be open to people are different. We are meant to have conversion experiences in our life, again and again. These experiences are the ones in which Jesus speaks to us, moves us, compels us to do the thing that surprises us and yet is absolutely necessary for the sake of the world.
It's what Ananias did. It's his conversion story from which we are meant to learn how to be followers of the Way of Christ.
To adapt the verse of There is a Balm in Gilead, "If you cannot preach like Peter, if you cannot pray like Paul... Like Ananias, you can show grace to all."

Email ThisBlogThis!Share to TwitterShare to FacebookShare to Pinterest
Labels: Acts, be present, commentary, God's Call, God's work, Great Commission, How can they hear, Jesus, Reflection, Soundcloud, What would Jesus do