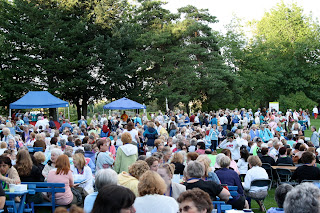 MARK 14:43-65 Immediately, while he was still speaking, Judas, one of the twelve, arrived; andhim there was a crowd with swords and clubs, from the chief priests, the scribes, and the elders. Now the betrayer had given them a sign, saying, “The one I will kiss is the man; arrest him and lead him away under guard.” So when he came, he went up to him at once and said, “Rabbi!” and kissed him. Then they laid hands on him and arrested him. But one of those who stood near drew his sword and struck the slave of the high priest, cutting off his ear.
with
Then Jesus said to them, “Have you come out with swords and clubs to arrest me as though I were a bandit? Day after day I was with you in the temple teaching, and you did not arrest me. But let the scriptures be fulfilled.” All of them deserted him and fled.
A certain young man was following him, wearing nothing but a linen cloth. They caught hold of him, but he left the linen cloth and ran off naked.
They took Jesus to the high priest; and all the chief priests, the elders, and the scribes were assembled. Peter had followed him at a distance, right into the courtyard of the high priest; and he was sitting with the guards, warming himself at the fire.
Now the chief priests and the whole council were looking for testimony against Jesus to put him to death; but they found none. For many gave false testimony against him, and their testimony did not agree. Some stood up and gave false testimony against him, saying, “We heard him say, ‘I will destroy this temple that is made with hands, and in three days I will build another, not made with hands.’” But even on this point their testimony did not agree. Then the high priest stood up before them and asked Jesus, “Have you no answer? What is it that they testify against you?” But he was silent and did not answer. Again the high priest asked him, “Are you the Messiah, the Son of the Blessed One?”
Jesus said, “I am; and ‘you will see the Son of Man seated at the right hand of the Power,’ and ‘coming with the clouds of heaven.’” Then the high priest tore his clothes and said, “Why do we still need witnesses? You have heard his blasphemy! What is your decision?” All of them condemned him as deserving death. Some began to spit on him, to blindfold him, and to strike him, saying to him, “Prophesy!” The guards also took him over and beat him.

When I read this section, I feel so much grief that I want to turn away from the text. I cannot change the story and I know what is coming, so instead, I would like to shut my eyes to it. It is the way to intellectual self-preservation, for me, to pull myself out of the story and just look at the details. If I stay with the "mind" questions- what's up with the naked guy, is that really blasphemy, why a kiss?- then I can pull away from the pain I feel in my body when I read this.

When I say the pain I feel in my body, I don't mean like like daily aches and pains or the sharp acuteness of an injury. I mean, that as I read this story, my chest tightens, my eyes burn, and I feel an emotional wrenching that I would really prefer to stop. I don't like these sensations. If I escape "into my head", I am able to ignore the physical experience, but then I am not grappling with the whole body reality of this story.

When I take a moment to engage the spiritual exercise of Jesuit Imaginative Prayer, I breathe myself into the story. I am so shocked at how many people are around me. I am surprised by how the feeling in the courtyard feels similar to the psychic energy in our own time of violence, power struggle, and helplessness within those watching who wish to act. I am overcome by the awareness that I cannot help Jesus. Simultaneously, I am washed with the knowledge that I can help someone else in the crowd.

The story is around me, not just in front of me. Jesus' betrayal, trial, and desertion don't just affect him; they are having a powerful effect on others who are watching, who had hoped, whose breath is bated.

There was a time collapse for me in how similar the situation was to any crowd (in physical space or online) in contemporary life.

Normally I would write my reflection questions here, but this spiritual exercise was very intense. Trying to write questions now would be putting an artificial stop to what I am feeling and thinking. I don't want to do that. I encourage you, in your own practice today, to pay attention to what arises within your body and your mind. Both parts matter because both parts make up who you are and the wholeness of you, whom God loves and has saved.


God of peace, open
My eyes to your beloved
So that I might grow.