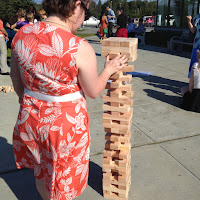 Imagine that you are an Olympic athlete. You’ve trained for years and years. You’ve fallen and gotten up more times than you can remember or even estimate. When you finally make it, there are the judges waiting and watching you. Their eyes catch every twitch, every flinch, every false start, every slip, every stroke. If you are in a sport that requires speed, your timing is everything. If you are in a sport that requires assessment for skill and technique- the judges decide your fate.

For some reason, we who dare to believe in God, the one creator of all that is, seem to picture God in this same way. Even the most grace-oriented people I know have an image of God as the ultimate judge, watching our performance. At the end of all our days, all our events, when we reach the judge’s platform, we anticipate watching for the card with our score. Did we achieve gold (as in golden streets) or did we receive fire (as in eternal damnation)?

Why do we have this image of our faithful life as a sporting event? As though, if we accrue enough points through right actions, then we will “win” the good judgment and will be able to enter heaven. What does that say about God? While this description may seem very far-fetched to some of you, others who fairly consistently worry about the fact that we are told we cannot earn grace know what I am describing all too well.

The passage we heard from Revelation today does speak of a judgment. The end result of that judgment, though, is not what determines heaven and hell. Your eternal retirement plan, the life of the world to come for each of us, is not determined by our works. Period. Not by our faith, faithfulness, or faithlessness. Period. Jesus the Christ determines the life of the world to come and what it contains for each and every person. Being written in the Lamb’s book of life is not your work, not your handwriting, not your effort.

Now, if we were to read Revelation as a book that was about telling us the future and exactly how things are going to shake out at some time which none of us know or can know, then perhaps this would be the time to be worried. You can’t get yourself into the Book of Life AND you’re going to have to answer for every minute of your life, well… let’s sweat about that for a while. 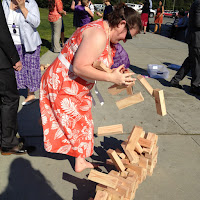 For the original audience of Revelation, we are talking about Christians being threatened under the Roman Empire. Some have already been killed. Others have been driven out from their homes or towns to become refugees. Others are being enslaved. Revelation is being circulated among Christian communities as a letter meant to give hope and courage. The Book of Life is an image that is meant to give hope to them, a metaphor to remind them that their place with God has been won through Jesus’ own life, death, resurrection.

They may well fear where the emperor may send them, these first century Christians, but they do not need to fear the rejection of God- specifically because of Jesus Christ. The book of life metaphor makes that clear. The judgment portion, then, is a reminder that they are still accountable for acting faithfully- for caring for strangers, widows, orphans, and outcasts. They are still responsible for acting morally, ethically, choosing the good, keeping the commandments, and worshipping God together in community. The casting out of murderers, sorcerers, fornicators, liars, etc, is a reminder that these behaviors have no place in the community of believers.

It is not simply because they are wrong. It is because the adoption of these behaviors, or the allowing of them in the community, fails to put God first. Murder makes a god of revenge or anger or violence. Indiscriminate sex makes a god of pleasure or the feelings of the body. Lying elevates dishonesty and brokenness over truth and community.

We are no longer the Christians who were in the Roman Empire at the time of Revelation. We are not a persecuted minority. In fact, in some places, Christians are the persecuting majority- where those who claim to follow Christ want to make decisions for everyone around them. Even now, in Europe, there are countries who are refusing entrance to non-Christian refugees from Syria. Jesus and his parents were refugees once, but now Christians are often more known for who they turn away, than for their radical welcome in the face of all else. And, yet, we still act as though our actions have no impact on our relationship with God now or in the future. Judgment for these behaviors doesn’t wait until some distant day. The judgment for failure to be faithful happens when all hell breaks loose because we can’t trust one another, children die, people don’t have enough, and everybody does what seems right in their own eyes.

The people hearing Revelation at the time it was written did not fear a future judgment day. They understood the letter to be reminding them that their actions had immediate implications. God’s judgment happened for all of us at the time when God shook God’s head and said to the Word and to the Spirit, “All right, one of us is going to have to go down there and explain this more clearly.” (Apparently the Spirit quickly touched her nose and said, “Not it.”)

In the Luke passage today, Jesus tells those who are gathered around him, “The forces that oppose God are real, but they do not have ultimate power. You do not need something extra or more special to defeat them. You have something greater. You have prophets like Jonah, who witnessed to people who did not know God. You know the wisdom of Solomon, which drew rulers from outside his kingdom to hear of God.”

Jesus continued, “Judgment is at hand. God has come to you. The kingdom is at hand. With the kingdom comes judgment.” What is happening, then, is that God judged creation to be worthy of grace, worthy of experiencing eternal love enfleshed, worthy of seeing the good news, worth of resurrection in the face of betrayal, humiliation, desertion, crucifixion, and death.

What if we can let go of the image of God’s judgment as a final score that tells us about our prize? Can we trust grace enough to come to understand that God is our coach, the Spirit-our advocate, Jesus-our role model? When we fall, when we fail, when we do not do the very thing we know we are to do (through the prophets and the wisdom and the Son), we are not being flashed a score that says “To hell with you” from a distant judge’s booth. Instead, they are right beside us. “I messed up”, we say. “We know”, they reply. “You’re forgiven. Let’s try again. You can do this.”

The judgment of God is not supposed to strike fear in our hearts. It is meant to give us hope… that we have been made for better, that we have been made to do better. God’s judgment is meant to be medicine for our souls, motivation for our hands and feet, metabolism for our faith. We are accountable for what we do, what we say, what we give… and all the times we don’t and we should have. Yet, that account is reckoned every single day- by the measure of Christ to give it balance- and we are restored to and through grace. To live the baptized life again tomorrow. And to be lead closer to getting it right for the good of Christ in the world and the health of our souls.