Confession for Healing from Racism

This was written for Stand Against Racism: A Community Prayer Vigil sponsored by the congregations of Anchorage Faith and Action- Congregations Together and three other congregations, including Congregation Beth Sholom.

The base idea for this litany came from the ELCA's Service for the same purpose.

In some religious traditions, confession is used a kind of internal housecleaning. Confessing one’s sins- things done and left undone, said and left unsaid- clears the spiritual detritus from one’s heart and mind and better helps a person perceive the truth and guidance of God. Confession to God does not eliminate the need to confess and seek forgiveness from one’s family, friends, or neighbors. Like physical housecleaning, spiritual housekeeping is best done sooner rather than later and with a whole-hearted effort. Confessing together helps us to acknowledge that none of us is any worse or any better than the other, especially before the One who Made All Things.

Gracious God, you are the source of all that is, was, and ever will be. We give you thanks for making one human family of all the peoples of the earth. We praise you for creating a wonderful diversity of cultures.
Enrich our lives by ever-widening circles of fellowship
and show us your presence in those who differ most from us.

From the bondage of racism that denies the humanity of people based on their skin color or ancestry,
God, we want to be free!

From the lies of history that imply a hierarchy between cultures, classes, or genders,
God, we want to be free!

From the grip of silence in the face of white supremacy, bigotry, and false equivalencies,
God, we want to be free!

We humbly ask for forgiveness for how we have failed to acknowledge the presence and work of your wisdom.
Be merciful to us, O God!

We humbly ask forgiveness for our silence when we should have spoken, our nervous laughter in times of discomfort, and our doubling down in wrong behavior because we are afraid of change.
Be merciful to us, O God!

We humbly ask forgiveness for the history of racism, religious discrimination, and injustice that many of us have benefited from and that most of us have perpetuated in intentional and unintentional ways.
Be merciful to us, O God!

Guide us in the work of reconciliation, relinquishing of privilege, and lifting up of all people.
God of grace, unite us to your will!

Guide us toward relationships and fellowships that build peace, promote justice, and reward humility.
God of grace, unite us to your will!

Guide us toward the words and actions that will resist racism and hatred and will dismantle their false power.


God of grace, unite us to your will!
Posted by Pastor Julia at 2:00 PM No comments:

Posted by Pastor Julia at 7:27 PM No comments:

Email ThisBlogThis!Share to TwitterShare to FacebookShare to Pinterest
Labels: Love Your Neighbors, Matthew, Sermon, Year A

The Time is Now (Sermon Audio)

Posted by Pastor Julia at 2:38 PM No comments:

Too Good to Not Be True (Sermon) 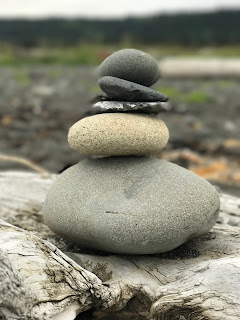 Sometimes I think we don't want to believe in grace.

It is easier, more rational, simpler, faster, more efficient to act as though miracles have a more basic explanation. The feeling of lack of control is fun for a minute, for some people, on an amusement park ride, but basically entrusting our life to that feeling is like wearing Keds (flat soled sneakers) as ice skates- no purchase, no control, slow progress. The idea of grace is amazing, but regular dependence on the stuff is a risky business. We've all had enough of a taste of grace to believe it's real, but most of the people I encounter still seem to believe that God's main currency is pain, shame, and punishment.

Recently, a person talked to me about a situation that was grieving them. After spilling out a story of a friend's pain and trauma, the person said, "I believe that God is doing this to bring my friend to her knees. That way she will come back to the Lord. It's the only way." [Insert Pastor Poker Face] Further into the conversation, the person asked, "Do you think God is doing this for the purpose I stated?"

I carefully said, "I believe that understanding is bringing you relief and consolation right now."

How can we hold the idea of amazing grace in the same hearts that believe in a punishing and vengeful God?

Is God jealous? Sure, God is frustrated by our daily attempts at control, our casual idolatry, and our lack of trust.

Does God correct us? Yes, but we are corrected within the context of being yoked to Jesus, the pain we feel is likely the pull and tension of our attempts to go a way other than that to which the Lord leads.

Does God cause pain and grief and sorrow? This goes hand in hand with the theory of substitutionary atonement: that God was so angry, a sacrifice was required to appease the Divine and Jesus was that sacrifice. If we believe that kind of deity is the ground and source of all that is, we do not fundamentally have a sin problem, we have a god problem.

This week's gospel reading, Matthew's version of the feeding of the multitude, talks about Jesus' compassion. In the wake of learning of his cousin's murder, Jesus continued to heal the people who came to him for healing. He multiplied food so that people who were used to hand-to-mouth living could know the momentary grace of fullness. It seems likely that the people there responded to his miracle by the miracle of sharing what they also had. And the scriptures tell us repeatedly that Jesus is God. When we see the Son, we have seen the Father. The character and actions of the Son reveal the character and nature of the One who sent him. If the unity, but not uniformity of the Trinity holds through that description- then it seems a safe conclusion that Jesus also reveals and speaks to the nature and character of the Holy Spirit.

God, Holy Parent, Holy Child, Holy Spirit, then is a God of abundance, a God who does not discriminate, a God who shows compassion, a God who is not cowed in the face of opposition, a God who heals, nourishes, and satiates (fills to enough!).

Is this, then, a God who seeks to drive us to our knees, to stir us to pain, to arm-twist us into faith?

Does this sound like a God at the ready to shame, blame, and frame us as wrong-doers and horrible people?

In order to live into the discipleship to which we have been called, in order to imitate Jesus in our daily lives, in order to be Christians- little Christs- in the world- we must wholeheartedly believe that grace is true.

Not only that, we must believe that grace is true, but also that it is abundant.

Not only that, we must believe that grace is true, abundant, and bigger than we can fully understand.

I'm often told that people (you!) don't really like the idea of salvation being beyond our efforts... as in, there is nothing we can do to earn it. If we struggle with the fact that we do not earn our salvation, that Jesus has done that work for us and for all people, then we are struggling, in fact, with the idea that grace is true.

What does it mean to be evangelical. It means to carry good news.

Our good news is the news of Jesus Christ. It is the same good news that was learned, consumed, shared, and carried away from that hill in Palestine in 31 C.E./A.D. Grace is true and there's more than enough to go around.
Posted by Pastor Julia at 2:00 PM No comments: