What Am I Missing?

In the past week, I've been reading In the Garden of Beasts, a book set in 1933-1934 Germany. The book discusses William E. Dodd, the American ambassador to Germany as Hitler rose in power. He and his family have to sort out what is true and who is telling the truth in a critical age of shadowy figures and subterfuge. This in non-fiction.

As I read In the Garden of Beasts, I'm disheartened by the correspondence that goes back and forth between high powered American government officials and regular civilians that ignores or downplays Germany's actions against Jews and other "unclean" races. Not only do people seem to dismiss the allegations, very often the letters reveal confessions of personal ambivalence or outright antagonism toward Jewish people. The main concern of the American government is primarily Germany's potential default on war and reconstruction debts and, secondarily, Germany's failure to reduce their armaments. The people who sound the trumpets about the plans toward Aryan supremacy and ethnic cleansing are dismissed as exaggerating or misunderstanding the work a few ruffians. The ambassador's daughter, Martha, even believes that the comments are rumors directed at keeping Germany down because the wonderful country and people of her experience cannot be participating in systemic violence. 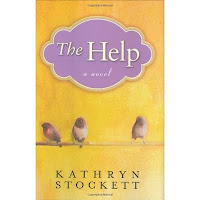 I also went with friends to The Help, a movie based on the book with the same name. My bookclub read this book last July, before there were rumors of the movie. The Help deals with the complex relationships and the power dynamics between white employers and African-American maids in Jackson, Mississippi in the early sixties. (That is a GLOSS if there ever was one.)

In The Help, a young white woman is encouraged to interview and write about the experience of as many black maids as she can before the whole "civil rights thing blows over". In the backdrop of the story, Medgar Evers is killed and instructions for non-violent resistance are beginning to spread. Simultaneously, the Junior League is raising money for "starving children in Africa" as well as promoting a "health initiative" to encourage the help to have their own bathrooms- "for health reasons".

All this makes me think, "What am I missing?" What's going on today that will be obvious to my son or grandchild, but I'm missing. Which emails have I glanced past asking for my help that are the actual issues of my generation? 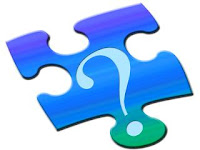 I know I can't do everything. True story. Is there ethnic cleansing happening in the world today? Yes. Have we moved into a new era of racial understanding? Not so much. Are there starving children in Africa, Asia, Anchorage? Yes. Are there regimes to oppose? Yes. Is it likely that I pass by people each day who are affected by sex trafficking, drug sales, poverty, mental illness, stop-loss, wage freezes, reductions-in-force (laid off), and lack of education? Yes.

I think of the things I know I care about and they are mostly related to my own experience. Then I know there are things that cross my mind occasionally, usually because they are important to someone who is important to me. Then there are a wealth of things that I don't notice (or that I might contribute to) because I'm not looking. Or worse, because I dismiss them, believing they are minor and will blow over soon. Is there something obvious that I'm missing?

Again, I can't do everything. (I'm telling myself that, not you.) However, what I'm watching and reading these days has me re-evaluating what I am doing. You?
Posted by Pastor Julia at 4:07 PM 1 comment: 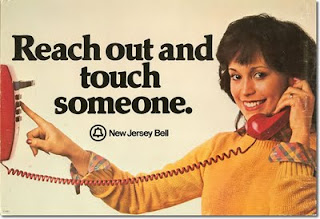 I recently read a book about Rabbi Hillel called If Not Now, When?. (I reviewed the book here.) Among his other wisdoms, Hillel was patient with people who said they were too busy to study the Torah. He listened to their well-intentioned promises to do it later, when they had more time. He replied, however, that no one ever gets more time. (Ask most retired people if they have more space in their days now.) If you aren't making time for it now, when will you realistically do it? We all know about activity (and acquisition) creep. And we all know what it means to be busy.

If not now, when? I have many answers to that questions, but if I am honest, they are all excuses.

When I read the Epistle lesson for this week, I think Paul has a similar question to the Roman Christians: "If not you, who?" He writes, "The scripture says, ‘No one who believes in him will be put to shame.’ For there is no distinction between Jew and Greek; the same Lord is Lord of all and is generous to all who call on him. For, ‘Everyone who calls on the name of the Lord shall be saved.’

But how are they to call on one in whom they have not believed? And how are they to believe in one of whom they have never heard? And how are they to hear without someone to proclaim him? And how are they to proclaim him unless they are sent? As it is written, ‘How beautiful are the feet of those who bring good news!'" (Romans 10:11-15) If you (Roman or modern-day disciple) do not share the joy of your salvation, who will?
Is there a better time? A better person? Not for the mission God has for you.
I wrote an email this morning to a group of people whom I have known for several years. I pointed out that I hadn't heard from many of them and that I was lonely for their companionship. One of the recipients called me with an hour of me sending the email. I was amazed and grateful. If I had read an email like mine, it is likely that I would have begun to compose a response. I would have planned to send it tonight from home. I would have decided to give myself a couple more days to think and then the message would have slid down the inbox and I would have forgotten.
But, no, she felt the Spirit's call at that minute and called me and we had a great conversation. We can all follow that example of heeding the Spirit's urging and ignore the other voice that says, "You don't know what to say. Maybe she's busy. Wait until you have a few more minutes." God does lead us through these moments that are the reality of living in faith and sharing it. We must trust the Spirit.
If not you, who?
If not now, when?
Posted by Pastor Julia at 3:48 PM No comments:

Email ThisBlogThis!Share to TwitterShare to FacebookShare to Pinterest
Labels: commentary, Grace, What would Jesus do, works-righteousness

Questions from the Dark

Following a recent local tragedy in which a young family (husband, wife, and two daughters) were killed in a plane crash, I've been talking with people affected by the tragedy. In many ways, an accident like this has a broad ripple affect beyond even secondary and tertiary relationships. People remember when they have been in similar situations or their own fears around death (their own, of their loved ones) rise to the surface.

Inevitably the question arises, "Why did God cause this to happen?" And its corollary: "How can this be a part of God's plan?"

This is a sure-fire pastor stumper to which there is no great, comforting answer. Truthfully, I don't believe God caused this tragedy to happen and I don't think it was part of the plan. I think accidents happen because God allows us to use our free will and also allows the same of the people around us. The decisions we make (good, bad or neutral) can affect others just as their decisions affect us.

I think the harder question and my own question is, "Why didn't God stop this?"

Yet, I do believe that God can alter a course, if God decides to so. So why doesn't that happen more often (or at all)?

I do believe God has a plan, but mostly I think it is long-term. We are co-creators, stewards of the earth, caretakers of our neighbors, employing our free will in the details, but God has the big picture under control.

Things may well be swayed from God's desire for us and for creation, but we cannot change the arc of salvation, judgment or grace.

I think of Elijah, demanding an answer of God (1 Kings 18:9-18), as to whether God would allow Elijah's enemies to kill him. God comes to Elijah in silence. This makes me wonder if, when God is silent, we are either unable to hear or we are asking the wrong questions.

Nevertheless, I do not have all the answers.

This I believe: Accidents happen. Was God there? Yes. Are they with God? Yes. Did God cause this? No. Could God have stopped this? Yes, God was capable of doing so. Why didn't God stop this? I don't know.


I, myself, pray that preserves my faith until that time when it is no longer necessary. When I have answers, but the questions no longer matter.
Posted by Pastor Julia at 8:19 PM No comments: